Schurz wants to improve the world by providing students with the same gifts and opportunities he has been afforded in life, starting with his time in college.

When asked to boil down roughly six decades of professional experience, publisher and philanthropist Scott Schurz ’57 can summarize his advice in one word: travel.

“As a society, we have got to learn to get along. The best ways to do that is to see the world, how other people live, and to keep an open mind. If we do that, I truly believe that we’ll start to have more agreements. As the old saying goes, ‘The world is a book. And those who do not travel read but a page.’”

In a recent period of about 27 months, Schurz visited 41 countries, many in his capacity as honorary president for life of the Inter-American Press Association and an agent of the World Association of Newspapers, which represents 18,000 newspapers worldwide.

With such a world view, Schurz has come to a philanthropic opinion: “If we are going to make this world a better place to live, the key is education,” he says. “When you support education, you’re helping civilization. You’re helping someone who may not be as financially blessed as you are. If we’re going to improve the world, this is where we need to start.”

And Schurz has been faithful to such convictions. Over the years, he has supported Denison’s departments of history, communications, and English (in honor of his sister, Mary Schurz ’60, and their mother, Martha) by providing scholarships for students. He also has donated generously to the college’s current fundraising campaign, Unlocking Potential: Investing in Denison, with a gift that includes a particular focus on supporting study abroad opportunities for students, which aligns with Denison’s commitment to international learning.

Here’s what that looks like at Denison: Alongside enhanced semester-long study-abroad opportunities, our Denison Seminars program advances a new model via classroom experiences in which faculty have the opportunity to take their students abroad, and also brings the international world to campus to deepen student learning. English Professor Fred Porcheddu and Geosciences Professor Dave Goodwin, for example, teamed up to take students to England to study the recently discovered remains of King Richard III through a Denison Seminar. Another seminar class traveled to the Netherlands with Katy Crossley-Frolick, the associate professor and chair of political science, to team up with students from the University of Tilburg to discuss “Wicked Problems,” a term used to describe types of problems that are not easily defined, and don’t necessarily have solutions that are discoverable—terrorism, immigration, and climate change, for example.

Denison also is furthering student global engagement by creating international partnerships with liberal arts colleges in other parts of the world. This signature partnership initiative allows our faculty and students to study, research, collaborate, and intern all over the world, creating a Denison global network.

These are exciting initiatives, and Schurz hopes to get more donors involved. Working with the Office of Institutional Advancement, Schurz has set aside $500,000 of his most recent gift to be used in a matching campaign. This means that the College only receives his donation if other Denisonians pull together to match the sum in gifts toward any new endowment that supports international learning and study abroad.

“Hopefully, this will encourage people to give,” Schurz says. “And when they do, the number of people benefitting with more education will double. I’ve always said that philanthropy is sort of like fertilizer. The more you spread it around the more great things grow,” he explains.

It comes down to this: Schurz wants to improve the world by providing students with the same gifts and opportunities he has been afforded in life, starting with his time in college. It was at Denison, after all, where he first learned to love travel. The trip was a continuation of a Western Civilization class taught by History Professor Morgan Stratton and toured through 10 countries in Europe over the summer.

“And that was it. I’ve been traveling and learning ever since,” says Schurz. “It broadens my horizons every time.”

Your support for international learning and study abroad empowers students to explore—and learn from—the world around them. 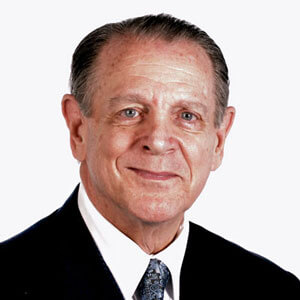 After graduating from Denison with a degree combining radio and television, theatre, and speech, Scott Schurz ’57 spent a year teaching at the University of Maryland before serving in the United States Armed Forces. From there, he went on to become a leading voice in his home state of Indiana as a president and publisher of the Bloomington Herald-Times and as chairman of Schurz Communications, Inc., a media firm operating radio, television, cable, and newspapers in 15 states.

This business acumen, in addition to his advocacy for a global free press, has garnered many honors over the years, such as serving the International Press Institute and World Press Freedom Committee, as well as the International Newspaper Marketing Association. Ball State University, the Indiana Journalism Hall of Fame, Hoosier State Press Association, and the Department of Journalism and Mass Communication at the University of Minnesota, have officially recognized his work, as has Denison with an Alumni Citation in 1997 and an honorary degree in 2017.

Bobbi and Stephen Polk ’78 are giving a leadership gift to the Whisler Center for Student Wellness.

Some gifts honor the past. Some offer new opportunities. Others are simply a way to say thanks. But all gifts help Denison move toward its future. Here, Denison donors share the reasons why they give back to the College.

END_OF_DOCUMENT_TOKEN_TO_BE_REPLACED
Why We Give: Gary and Suzanne Baker

A gift from two faculty members honors their departments, their careers, and their students.

END_OF_DOCUMENT_TOKEN_TO_BE_REPLACED

Invest in Denison. Support the next generation of Denisonians.